RPC Staff is working with the State Office of Energy and Planning (OEP), other New Hampshire regional planning commissions, and RLS Demographics to create an updated set of 2040 county and municipal population projections for all of New Hampshire. The projections utilize the cohort-component projection method to develop a picture of the population in the future based on OEP and US Census estimates of current population, assumptions about fertility and mortality rates, as well as recent migration patterns.

In the last few decades New Hampshire has seen slowly 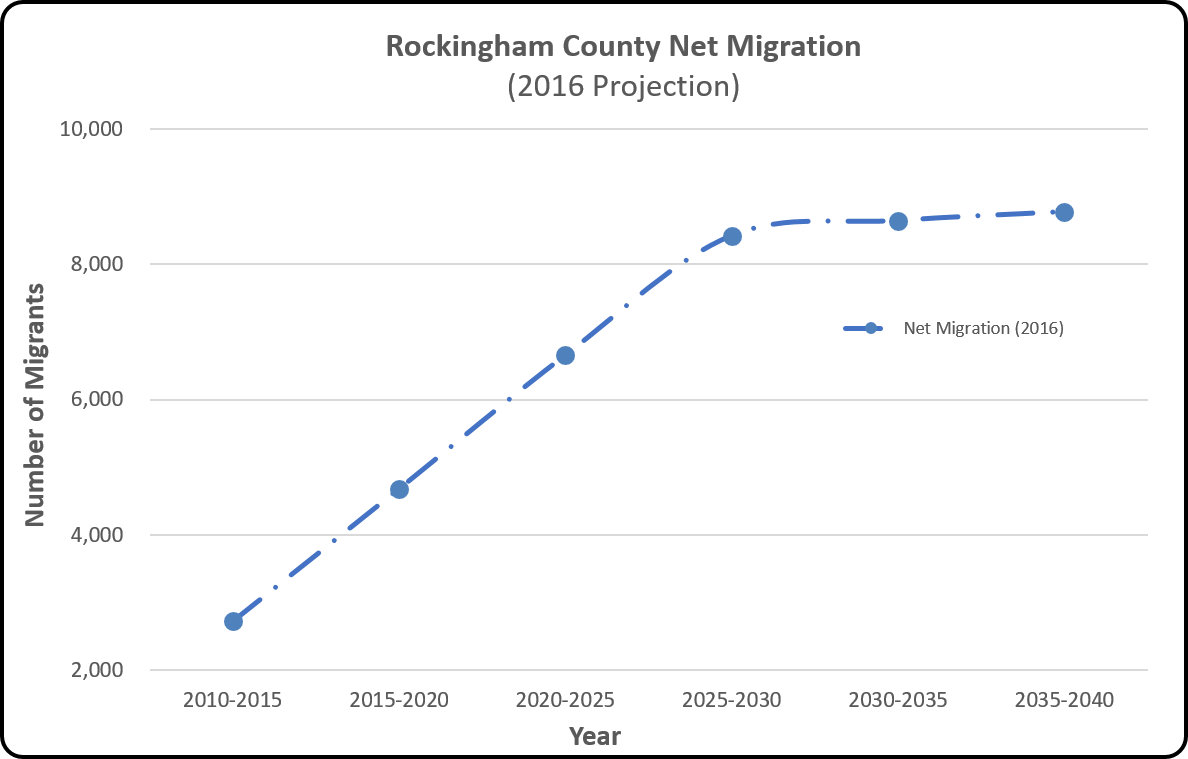 declining fertility rates and increasing mortality rates that has led to a slowdown in natural population growth (births – deaths= natural population change), and that meant that much of the population growth has resulted from people migrating into the state. Migration rates (total net migrants divided by the beginning period population) are much more volatile than fertility and mortality rates however, and vary geographically as well, leading to substantial differences in impacts over time and in different parts of the state. Looking back to the 1990s, New Hampshire enjoyed the highest net migration rate (5.3%) during the 1995-2000 period and saw substantial population growth at that time. By the 2005-2010 period the rate had slowed to 0.2% as the impacts of the economic downturn at that time were in full effect, and population growth slowed substantially as well. The most recent five-year period shows an increased rate of migration (0.8% for 2010-2015) for the state however, as in the past, there is substantial variation between counties. Rockingham County has the highest current net migration rate at 2.4% while the more rural southwestern corner of the state and Coos County continue to see declining population and a current negative migration rates.

The RPC utilizes population projections for a wide variety of planning purposes but in general, they are used to estimate future needs for infrastructure and services. Most recently, population projections were utilized in the update of the Regional Master Plan to conduct a scenario planning analysis of the impacts of different magnitudes and distributions of growth on the transportation system of the region and to help identify the need for capacity improvements on the roadway network. That analysis can be read in the Scenario Planning chapter of that document as well as in the recommendations of the Transportation Chapter. For the most recent set of official projections, visit the Office of Energy and Planning webpage on Population Projections in the State Data Center.