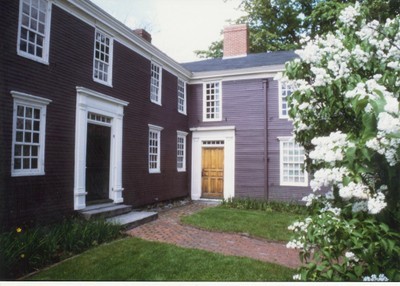 The RPC region is rich in American history, dating to its original European settlement in 1623; but also extending back into pre-history with the earliest Native American sites dating back 9,000 years. Among these resources are buildings, sites, documents, and institutions that trace the history of not just individual towns or cities, but of New Hampshire and the nation as a whole. These resources help to define the character of our communities, and contribute to the region’s quality of life and economic vitality.

While the region as a whole is not likely to see growth on the order of the 1980s again, development pressure is returning as the economy rebounds from the Great Recession, and indeed never really slowed in communities such as Portsmouth and Seabrook. As the supply of open land diminishes, there is increasing emphasis on redevelopment in some communities, with implications for existing lower density historic development. More communities are facing up to the dilemma: how to allow for necessary growth while preserving traditional community character.

In the past twenty years municipalities in the RPC region have made strides in recognizing the value of their historical resources – buildings, structures, neighborhoods, and landscapes – and the role they play in economic development and a community’s sense of itself. Seventeen of the twenty six communities in the RPC region currently have historical resources chapters in their local master plans. An increasing number of communities have established Heritage Commissions to raise local awareness of the value of Historical resources and protect those resources. Local, regional and statewide initiatives in land conservation over the past decade have protected thousands of acres of environmentally and culturally valuable lands, and supported a resurgence of small scale farming as part of a nationwide local agriculture movement. Heritage tourism is an increasingly important component of the regional visitor industry; and as communities have looked to manage sprawl there has been increasing recognition that contemporary models of compact, mixed use development actually draw largely on traditional New England village development patterns.