The RPC region is home to three state designated Scenic Byways: the NH Coastal Byway, the American Independence Byway, and the Robert Frost/Old Stage Coach Scenic Byway. A Scenic Byway is a road recognized by the State of New Hampshire and the U.S. Department of Transportation for its scenic, historic, recreational, natural, cultural and/or archeological qualities. The National Scenic Byways program was established by Congress in 1991 to preserve and protect the nation's scenic but often less-traveled roads and promote tourism and economic development. The Scenic Byway program is not intended to be a regulatory program, but rather is focused on engaging communities to collaborate on tourism development, and planning for the enhancement and management of those qualities that help make byways attractive visitor destinations.

The New Hampshire Coastal Byway follows Route 1A and Route 1B 22 miles from Seabrook through Hampton, North Hampton, Rye, and New Castle to its northern terminus in Portsmouth. The Byway connects ten units of the State Park system, and historic resources ranging from colonial villages to Gilded Era mansions to World War II coastal fortifications. It overlooks the sandy beaches and rocky shores of the Gulf of Maine, as well as thousands of acres of ecologically rich salt marsh. It serves as a State Bicycle Route, and carries U.S. Bicycle Route 1 and the East Coast Greenway through New Hampshire. In 2015 RPC completed a Corridor Management Plan for the Byway with guidance from a regional advisory committee representing six corridor communities, state agencies local chambers of commerce and other stakeholders. RPC will play an ongoing role supporting a formalize NH Coastal Byway Council in its work to implement the CMP. 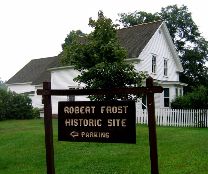 The Robert Frost/Old Stagecoach Scenic Byway connects the towns of Atkinson, Hampstead, Chester, Auburn and Derry, and is designed to celebrate and interpret the historic Boston-Haverhill-Concord Stage Coach route that followed what is today Route 121; as well as the New England landscape featured in much of Robert Frost’s work, including the settings of some of his most famous poems. The Byway highlights the numerous historic sites, scenic views, outdoor recreational opportunities, and other attractions that the region has to offer- raising awareness among local residents and promoting visitation for economic development. RPC has worked jointly with Southern NH Planning Commission (SNHPC) and the corridor communities to secure designation of the Byway, establish a Byway Council, and complete a Corridor Management Plan for the Byway. 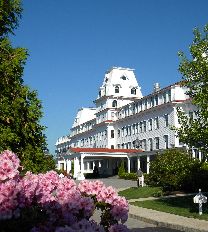 The American Independence Byway winds 21 miles through Exeter, Hampton, Hampton Falls and Kensington and interprets the colonial history of some of the earliest settlements in New Hampshire and indeed the nation. Exeter and Hampton were both settled in 1638, and Exeter served as the capital of New Hampshire during the Revolutionary War. Exeter and Hampton offer excellent opportunities to experience colonial era architecture, agricultural landscapes largely unchanged in 250 years, and the American Independence Museum, which houses one of the 13 original Dunlap Broadside copies of the Declaration of Independence printed to be ready in the 13 colonies. There is not currently an active Byway Council for the Independence Byway.