Scenarios, in the realm of transportation and land use planning, are organized sets of assumptions that explore the ways in which a region might change and grow in the future. They provide a structure to envision potential needs as well as possible future policy and investment options. By analyzing various demographic and land-use changes at the community and regional levels, stakeholders can better understand how these forces may potentially impact the overall scale and distribution of development in a region; through that, the impacts on transportation networks, housing needs, the environment and other areas. There are many ways to implement scenario planning, however, there are several key elements that should be included in all cases:

As part of the 2014 update to the Regional Master Plan, a scenario planning exercise was conducted to examine the potential impacts of different amounts of growth and distributions of that growth on land use, economics, and the transportation network in the region. Utilizing the regional travel demand model, supplemented with a GIS-based regional buildout analysis, and the Economic and Labor Market Information Bureau’s New Hampshire Econometric Mode, four scenarios were compared; baseline 2010, slow growth 2040, strong dispersed growth 2040, and strong concentrated growth 2040. 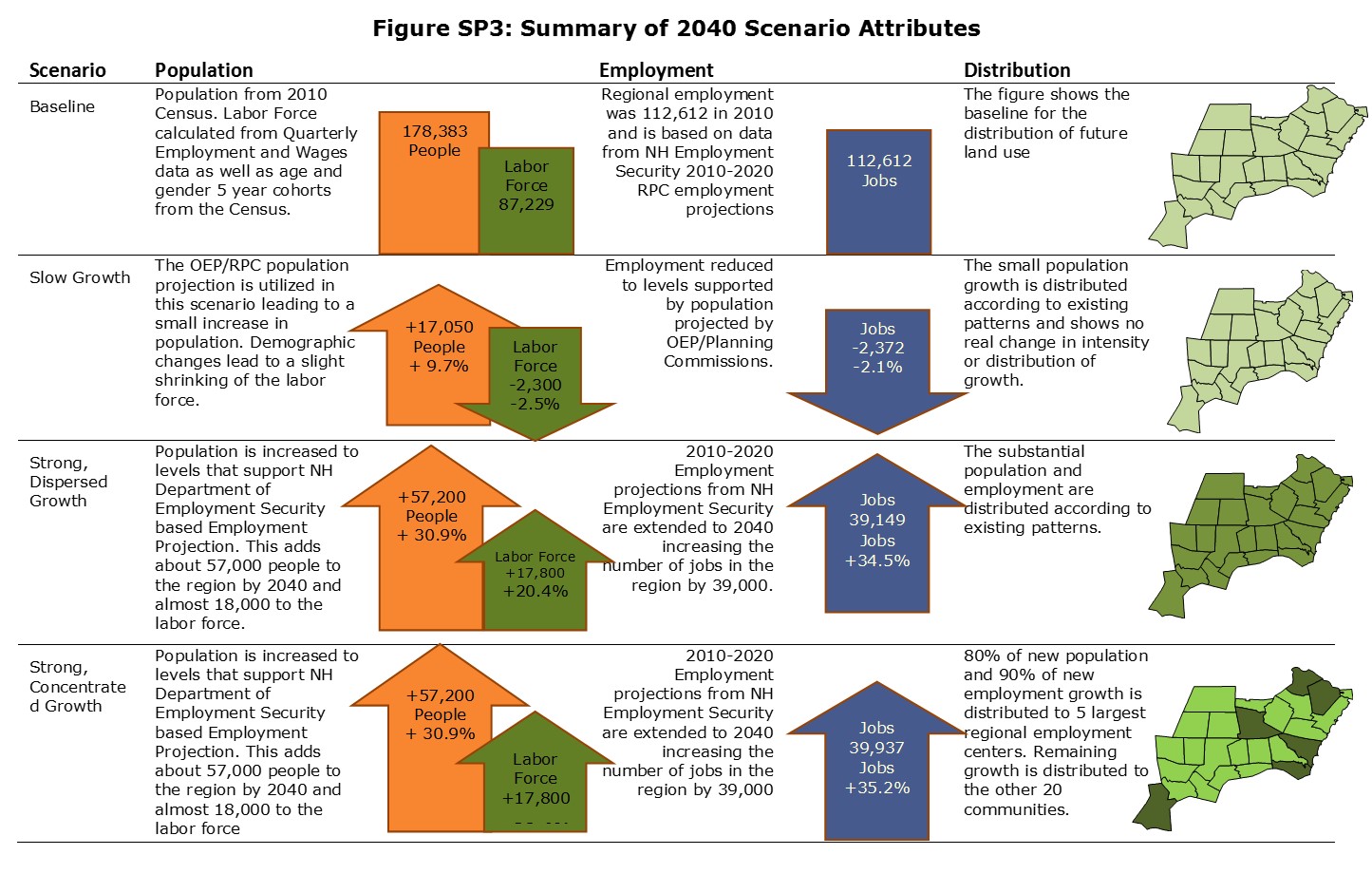 By most measures, the slow growth scenario produces the smallest impacts on the transportation system with the lowest delay and amounts of congestion. However, the economic implications of that scenario would also indicate that it is not a desired future for the region. Some of those impacts by 2040 are:

The two scenarios that measure substantial growth were not compared directly in the econometric model as it looks at the level of economic activity at a regional level and not the geographic distribution within the region. However, the concentrated population and employment pattern results in the best outcomes in terms of efficient use of land and the transportation system as modelled in the Regional Buildout and the Regional Travel Demand Model.

The full analysis can be found in the Regional Master Plan Scenario Planning chapter.

As part of the 2015-2016 update to the Long Range Transportation Plan the above scenarios will be expanded to include strong population growth occurring outside of the RPC region while strong employment growth continues within the region to better examine the impacts of commuting into the region.